Busan, Gyeongju, A Japanese Racist and a Budhhist Monk 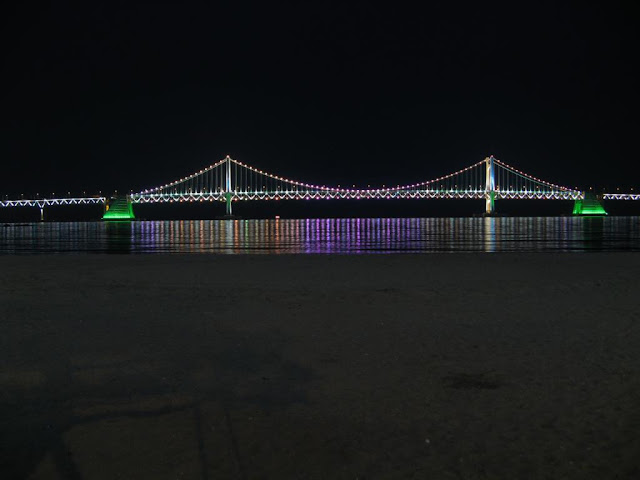 There are sadly no overnight buses or trains in South Korea, thanks to its size. So I took the early morning bus to Busan, which was supposed to leave at 9:30 but had already left when I got to the bus station at 9:25! Seriously, the buses leave early! This is very much in keeping with the Koreans’ “palli palli” (hurry up) attitude. Everyone is rushing to get somewhere all the time.

Anyway, I spent some time on the coin-operated internet terminals at the bus station and caught the next bus which, btw, also left early. I checked into the hostel in Busan and spent the rest of the day ambling around the city, at one point being scolded by an elderly lady in the Metro for not wearing socks with my sandals – “very cold, not good“. 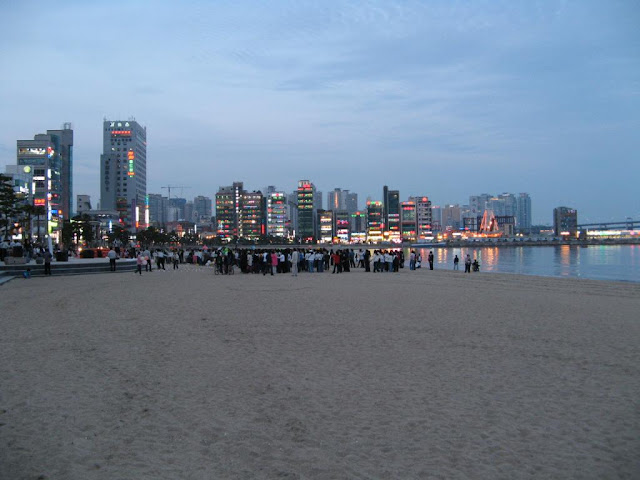 A Live Concert by the Hae-undae beach, Busan

The rest of the evening we were all holed up in the hostel thanks to the rain, and that led to a very uncomfortable discourse by a Japanese guy who was very clearly a bit deranged – “There is a hierarchy of races in the world that must be respected – White, Yellow, Brown and Black in that order“. There was a German couple that was very clearly offended by his preaching, but I let it all slide, even though I was the lowest in his “rating system” amongst those present.

The Main Shrine of the Golgulsa Temple

There we were, at the gates of the Golgulsa Temple just outside Gyeongju in South Korea. A fat laughing Buddha faced us as we entered the temple. To this day, I’m not quite sure whether he was mocking or welcoming us.

The Sunmudo training itself is interesting. There’s a Polish monk who’s been there forever, and has a pre-teen kid whom he kicks around at will when he makes mistakes. I’m pretty sure he wouldn’t think twice about kicking around the lazy tourists, and a quick look around the room tells me that the others share my fears. So when the Monk says “kick”, you ask “how high?”. Buddhist training is strict and has a rigid hierarchy, with the monks higher up in the chain wielding unquestionable power over the novices. Our Monk looked like he could kick in the roof if he wanted to, and we weren’t about to challenge his authority anytime soon. 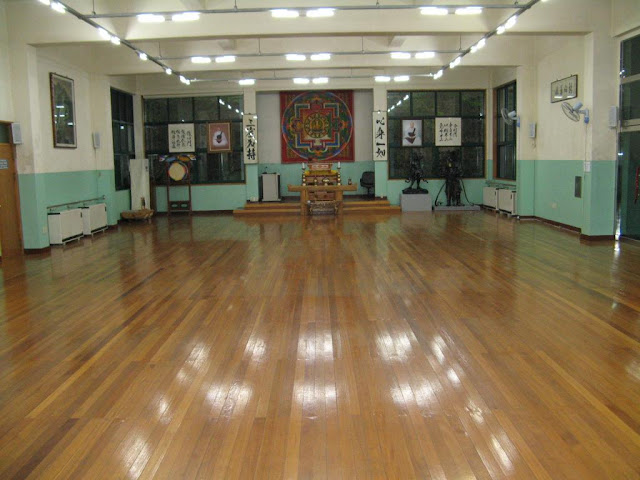 The vegetarian food was awesome, and I had by then become accustomed to kimchi, so I loved it. The Germans didn’t, though, and had their own snacks. Non Vegetarian food was a strict no-no at the temple. The Golgulsa temple is known for its strictness, and there were quite a few high school kids present, probably sent there in an effort to “set them right”. I asked my German buddy which rule was the hardest to follow. Apparently not letting the toilet paper drop into the pot was the hardest. I being an Asian had no problems with it, as I am used to the more environmentally friendly alternative 😉

It was not a serene experience by any stretch of imagination. Wake up call is at 4 AM and if you miss it you have to perform 1000 bows as a penance. And It’s not just “bow and be on your way” bowing. You bow to a beat, you bow all the way down to the floor. You use every single joint in your body and you do it 108 times every day.

As I left the temple, I cursed my decision of restricting my Korea trip to 10 days, and vowed to come again, ready to kick higher than ever. What can I say? I’m a sucker for self-punishment. Maybe I’m a Buddhist after all.

This entry was posted in South Korea and tagged RTW2008, South Korea. Bookmark the permalink.