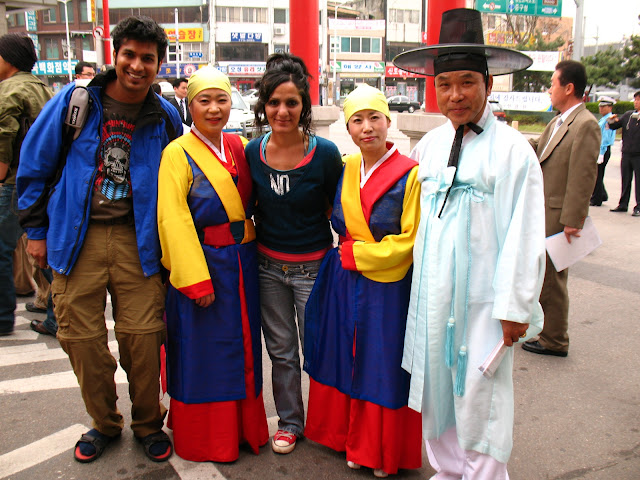 Dilek and I with some Koreans in traditional costumes

Incheon is the entry point to Korea for most people. It is located about an hour or so from Seoul and is home to the country’s busiest international airport. For us (Youngsoo, Dilek – another CSer and me) it was a nice day trip from Seoul. Youngsoo drove us to this coastal city for some excellent seafood, a traditional festival in the local Chinatown (the one and only Chinatown in Korea) and some seaside walks. 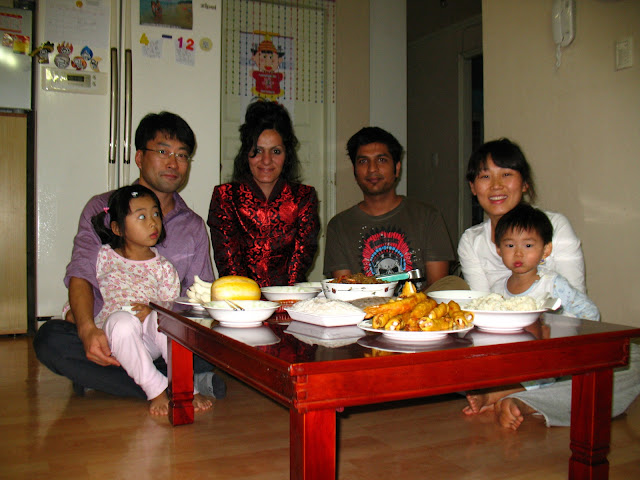 The fish market was especially interesting for me, and I saw some highly enthusiastic people tearing into Steve Irwin’s nemesis – the Stingray. The day came to an end with some excellent dinner back home, which included raw flatfish with incredibly spicy red pepper paste.

A Fountain in the Korean Folk Village, Suwon

Suwon is another fabulous day trip from Seoul. It is home to the ultra-touristy but still interesting Korean Folk Village. I went there with another CSer Seunghee who had the day free. We roamed around the reconstructed “village”, making silly expressions and posing where appropriate, drank wine from big ladles and in general had a lot of mindless, touristy fun. It is perhaps best not to look at such a place as an “attraction” per se, but as a kind of theme park where you go to have fun, and still get a brief glimpse into what village life in Korea was like. 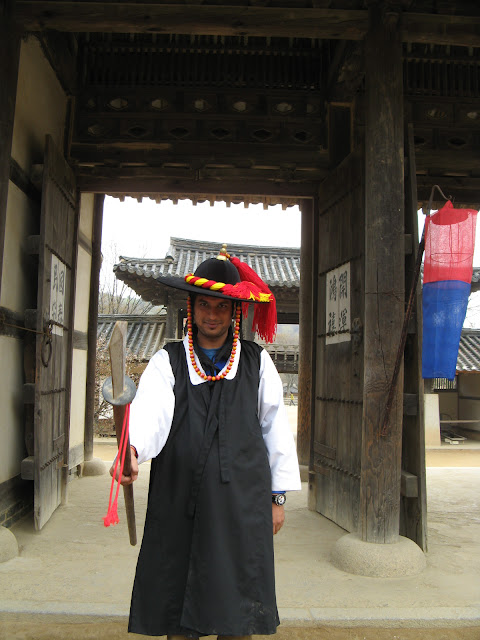 Wearing a hanbok, taking a break from my head and behaving like a normal tourist for once

Apart from the KFV, the town of Suwon itself is worth exploring, though it bears a deserted look through most of the day.

This entry was posted in South Korea and tagged RTW2008, Seoul, South Korea. Bookmark the permalink.