A Traditional Walkpast in Downtown Seoul

Ah, South Korea. The country had fascinated me for so long. Through friends I had discovered some fabulous Korean movies, and the Korean language with it’s geometric writing and “-eyo” sing-song word endings looked and sounded pretty cool to me. Then of course there’s the food. Oh I could fill pages describing the awesomeness of Korean food, but all you’d do is curl up your nose because you hated kimchi the ONE time that you tried it. Seriously, you disappoint me. 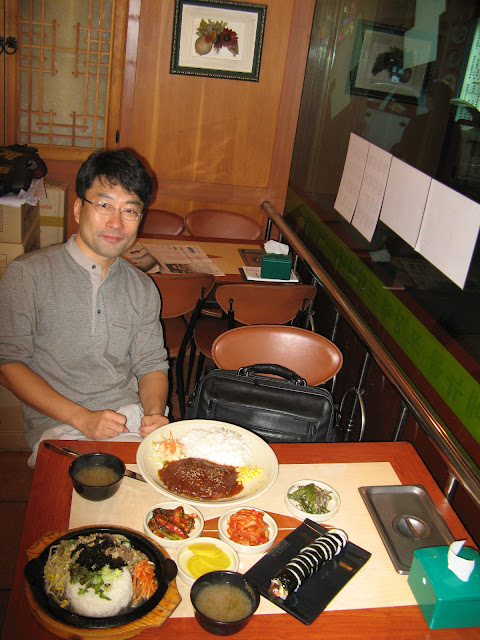 My host and the evening's dinner: Dumplings, pork Cutlets, Kimchi, Vinegared Radish, Bulgogi and what not!

Anyway, Indian citizens don’t need a visa for Korea for up to 30 days if passing through on the way to or from countries like Japan, USA etc. How cool is that? I had my Japanese visa and a free (taxes extra) reward ticket from my Krisflyer miles. As a bonus, they gave me the a seat right in the front, and as the plane was not quite full, I was able to chat with a cute air hostess who gave me some recommendations that were too expensive for me. She also gave me pointers on where to find Indian food! I nodded politely and told her that I would definitely try them out.

So I arrived in Seoul’s Incheon airport in the evening, and my host Youngsoo, in an excellent (and very welcome after the events in Macau) gesture, came to receive me at the airport and in spite of my very vocal protests, insisted on paying the bus fare for both of us back to his home in a northern suburb of Seoul.

And all this after I had made my very first cultural faux pas before ever setting foot in the land. If you pick a Korean out of the crowd, it is extremely likely that his surname will be one of either Kim, Lee or Park. Seriously. And the order in which Koreans write their names is quite the opposite of what most people are used to. So Kim Hye-Jung should be addressed as Hye-Jung and not as Kim. Lesson learnt the hard way. 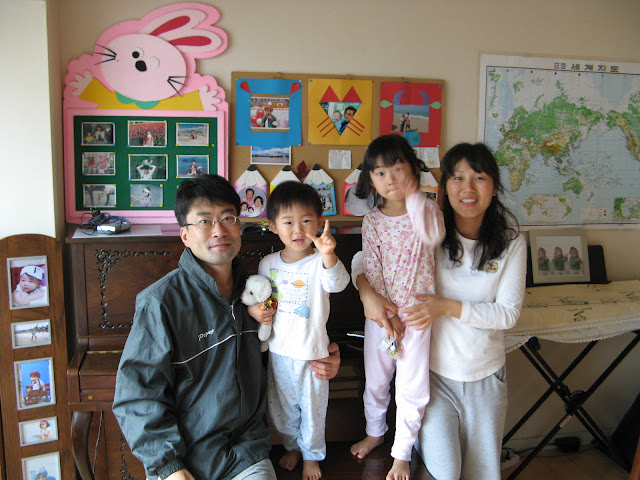 My host in Seoul and his lovely family

Korea also happened to be the first country in my trip to drive on the right (read: wrong) side of the road, and I had some near misses with the traffic while running around Seoul during the first couple of days. I did a lot of sightseeing in those days but it all feels like a blur now. I could give you all those bromides about how Korea is the ultimate blend of modernity and tradition but the fact is that the most memorable part of these days is the time that I spent with my host and his wonderful family, drinking their meticulously prepared drinking water, sharing their food and sleeping on thin mats laid upon heated wooden floors.

But I did learn a lot about Korea and its history during these days, as I visited a couple of libraries and museums. 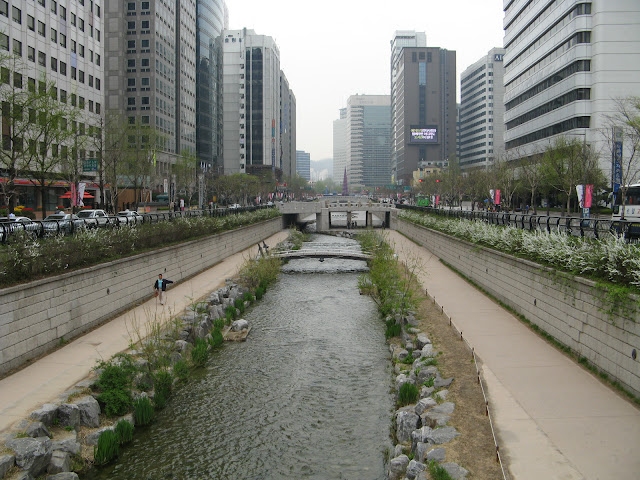 A Stream in Downtown Seoul

You can check out more pictures in these albums: Day13, Day14 and Day17