So my plan was to fly from Hong Kong to Vancouver, and Vancouver to Seattle. I still needed a transit visa for Canada but I figured it would be easy to get since I had a US visa an confirmed flight tickets. Big Mistake. Canada clearly has a point to prove.

I spent 3 days running in and out of the Canadian High Commission in HK. On the first day, they sent me away on a technicality. My photo was a few mm too narrow. Really! But the next day (8th), they took my passport and returned it with a red visa rejection stamp! They also gave me a piece of paper saying that my visa was refused because I did “not have sufficient reasons to depart Canada at the end of my stay”. I wanted 4 hours in Canada. That too in Vancouver airport! 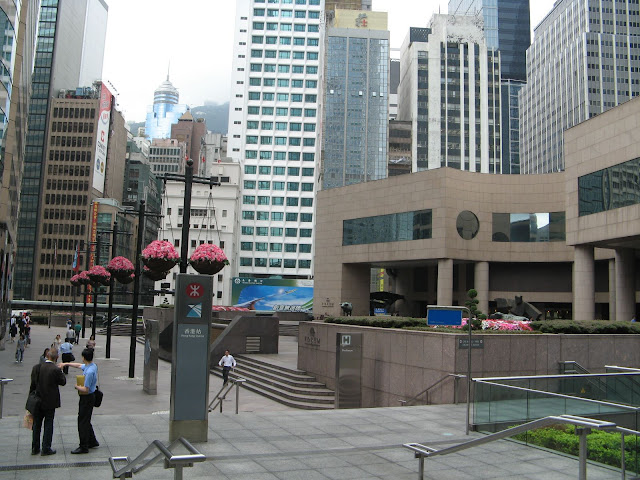 'The Forum' A nice open place to hang out right between all those skyscrapers.

I walked around downtown in a daze, feeling angry to say the least. But the feng shui of the area had a calming influence on me. in fact, some believe that Hong Kong’s naturally good feng shui has a lot to do with its prosperity, and most buildings are built with their backs to the mountain and facades towards the sea. Anyway, I decided to head out for a CS meet that was happening that night. It cheered me up considerably, and I decided to try again the next day.

A night out in SoHo, Hong Kong

I went to the embassy again on the 9th, feeling a lot like Tom Hanks’ character Victor “You have one green stamp and one red stamp so I think my chances are 50-50” Naborsky from The Terminal. This time I had printouts proving the existence of every single paisa to my name. Indian accounts, Indonesian accounts, life insurance policies, investments, photocopies of my travellers cheques and even photocopies of the cash that I was carrying! I also had copies of my degree, my work experience, etc. in an effort to prove that I wasn’t the type to live illegally in Vancouver airport for the rest of my life.

But once again, my efforts were rewarded with yet another red rejection stamp! I was defeated. I felt horrible. This wasn’t just a significant derailment of my travel plans and a substantial financial setback. It was also a blow to my ego. I mean, what kind of a tramp gets rejected for a bloody transit visa?! 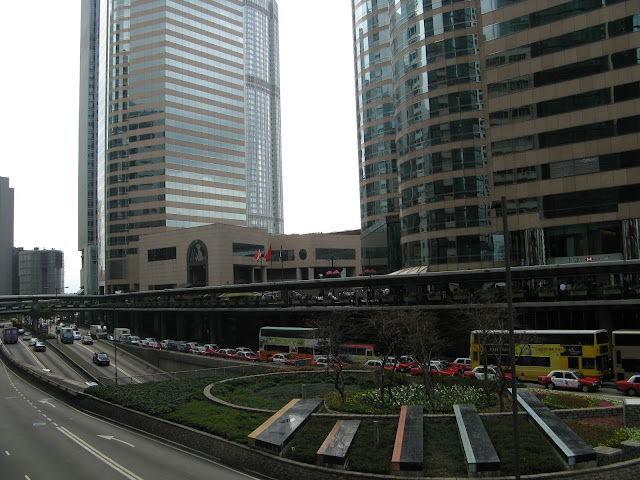 "All weather" walkways that skirt around the buildings

I really didn’t do much sight-seeing in these three days, but I did manage to look around me and make observations when I was hanging around in the CBD.

More pics from these days in these albums: Days10&12 and Day11