Macau: A Mixture of Portugal, China and Las Vegas

The one thing that comes to mind when I think of Macau is “Kaala akshar bhains barabar“. Throughout my time in Macau I felt like an illiterate. Macau was (and still remains) the single biggest language barrier I have ever faced. “Dam Zhai Ho Gang” was the address of my host Rebecca and no matter how much I tried, I couldn’t get anyone to understand where I wanted to go. It took me about an hour of going from person to person, including security guards, taxi drivers, airport information and what not to finally get the address written in Chinese characters and finally one taxi driver understood and agreed to take me there.

After dumping my stuff at Rebbecca’s place we went for a nice, cheap traditional Macanese dinner followed by some budget-breaking drinks at the Venetian. The Venetian, for the uninitiated, is a larger version of the Venetian at Las Vegas. The Cotai strip itself, a patch of reclaimed land between the COloane and TAIpa islands of Macau is the Las Vegas of the East and boasts of revenues far greater than those of its mentor, thanks to the Chinese businessmen’s gambling addiction. 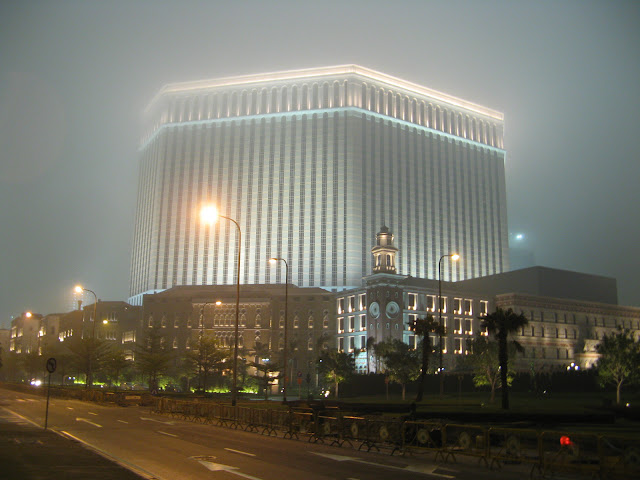 I visited the Venetian a couple of more times during the next two days, but I also found time to wander through Macau’s Portuguese colonial heritage and get a taste of it’s predominantly Cantonese culture. Once again I felt like an illiterate. The signs had no meaning, asking for directions was useless and even the bus drivers were far from helpful. I decided to take refuge in my map, and allowed myself to wander and get lost.

Macau, in spite of everything, still manages to give a very non-touristy feel. Just walking around is great, with many temples, churches and other old buildings scattered all over the place. 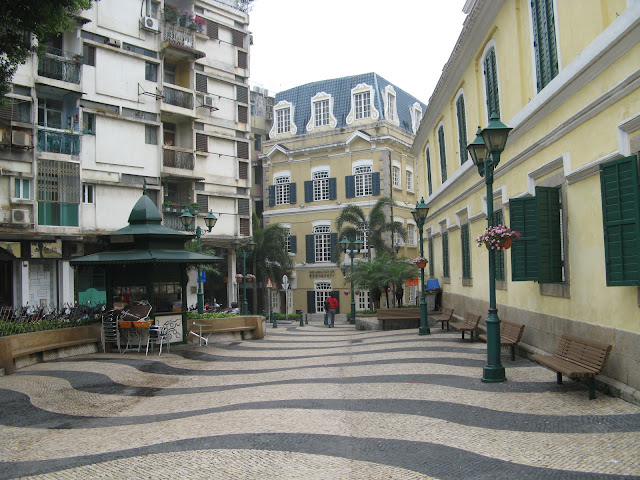 The streets of Old Macau

Another reason to visit Macau is that it is one of the few places that are completely visa free for Indians (upto 15 days). No questions asked. The name of their currency (The Pataca!) is worth a giggle or two if (like me) you’re easily amused. For me, being able to pay in Patacas was reason enough to want to go to Macau!

More pics from the Macau leg of my trip in these albums: Day5 and Day6.

This entry was posted in Macau and tagged Macau, RTW2008. Bookmark the permalink.