After over a year of dreaming, scheming, planning and researching, the hour of departure was at hand. I was raring to go, nervous and excited at the same time.

Insurance: I had purchased an insanely expensive (as I now realize) year-long travel insurance for almost 700$. But at that time, a good Indian policy would have cost me just about 150$ less, and WN had an excellent reputation for promptly settling claims, and lesser deductibles.

Visas: I had visas for USA, UK and Japan.

Money: I was carrying 2000$ in Traveller’s Cheques as a backup. I also had 3 credit and an equal number of debit cards. Also, I had about 400$ cash. Yes, I had over-prepared.

Packing: My aim was to keep it all under 12 kilos. When I weighed my stuff at the airport, it came in at just under 10! Booya! 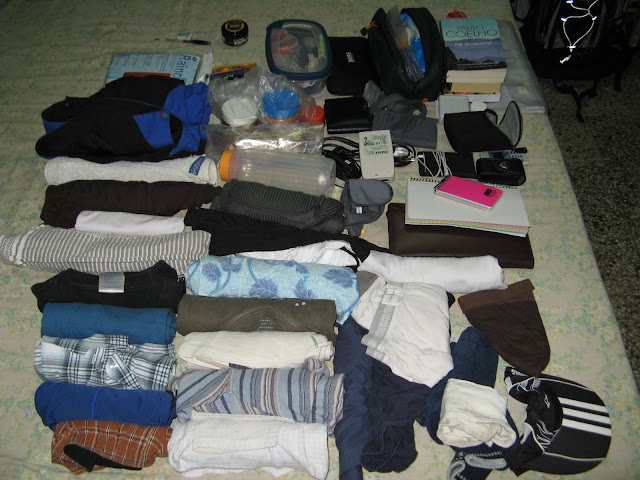 “Visa Free? Sorry sir, there is no such thing!”

“I’m telling you I don’t need a visa for Singapore. They have a visa free transit facility for Indians who hold a US visa.”

“Yes but you still need a visa”

“No I don’t. Here’s a printout from the IATA website”

After some back-and-forth to that effect, Jet Airways finally let me check in.

But then it was the Immigration official’s turn to try and play spoilsport. After all that was sorted out, I finally managed to board the plane, but the antics of these stupid bureaucrats had delayed the flight by 20 mins and I was the last person on the plane.

Anyway, I was on my way and that was all that mattered now. I was starting off on my first self-financed international trip!

This entry was posted in Planning, Singapore and tagged Planning, RTW2008, Singapore. Bookmark the permalink.